Author says you will not want to miss Unelmoija: Paradox!

Author S.A. Molteni has read all the books of the Miami urban fantasy Weeia Series about superhumans. If you have read her reviews before you may have noticed a nice new photo. Thank you, S.A. and for sharing your thoughts about the book before its official release this week. With her permission, here is what she had to say about the last one due out March 25, Unelmoija: Paradox:

The very best one in the Weeia collection 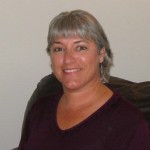 Unelmoija: Paradox by Elle Boca is the last book in the Weeia Series and in my opinion, the very best one in the Weeia collection. In this latest novel, new characters are introduced and several characters from the previous books are expunged – some more nicely than others. Most all of the loose ends from the past four books are tied up quite nicely and come together in a surprising ending that gives the reader a tremendous amount of closure. If you have read the entire series up to this point, you will not want to miss Unelmoija: Paradox!

S.A. Molteni is the author of several award-winning short stories including Fade to Gray, Her Name Was Half Calf and A Special Bull. After over 30 years in the IT industry, the systems engineer retired and is a hobby farmer and traveler. You can find her at http://samolteni.blogspot.com/