“I liked this book and am looking forward to reading the next one,” reader says about Dreamshifter

I would recommend Unelmoija: The Dreamshifter to fans of YA paranormal books 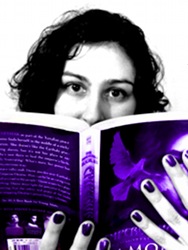 Amy has recently discovered she has powers but she does not know how to control them and has no idea how she has them. When going for a jog on the beaches of Miami she meets a mysterious man who claims to be her father and a young man called Duncan, they say that she is part of a people called Weeia and that she is a Dreamshifter. With people wanting to kill her will she be able to master her skills in time?

Unelmoija: The Dreamshifer is an enjoyable paranormal book which is fairly light and very fast paced. However, the main problem I had with this book is that it felt like I was halfway through the story and nothing from the past was fully explained, such as such as Amy and her mother being kidnapped and Amy’s sister being missing, it was talked about like we the readers already knew what had happened.

Amy is an active, witty and likeable character who does not know who to trust and is confused about her powers. I liked Duncan as he is a protective and funny guy who can be sarcastic but also sweet. However, I did get a bit bored of the food scenes as it did get a bit repetitive.

I liked this book and am looking forward to reading the next one, Unelmoija: The Mindshifter. I would recommend Unelmoija: The Dreamshifter to fans of YA paranormal books.