I really am enjoying the series of Unelmoija, says reader

Lani Houston’s feedback and her recent five-star review of Unelmoija: The Mindshifter is published here with her permission. Thank you Lani! 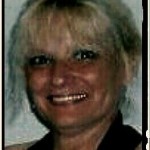 Must read to learn the continuing saga of Amy McKnight!!! I’m pleased with the author’s introduction of more strong characters, new locations and delving more into Duncan’s belief toward following the younger generation of Weeias not manifesting peers or minimal at best. Do the Elders have anything to do with this?

We find Amy just starting a much needed vacation after a semester at college, along with her friend and fellow Weeia and another friend that’s human. It doesn’t take long for the action to start as Lilly, the human friend, is kidnapped. Trying to thwart another woman from getting kidnapped, the girls learn they have messed up a sting operation. But it isn’t the police but a group led by Amy’s sister Kat, whom Amy hasn’t see or heard from in over a year. What is this group? And what’s their purpose?

After a horrendous experience the girls are reunited with their mother. She isn’t too pleased with Amy’s life in danger again and even less of what Kat has been doing. With Duncan, (Amy’s love interest?), helping to lighten the mood mom is resigned to the fact her daughters are risk takers!!! Even though Duncan and Amy are considered polar opposites, their bond is very strong. Is romance in the stars for Amy? Is Amy’s new power a help in her most dire situations?

I received a free copy of this book so I could write an honest review.