She did a fabulous job 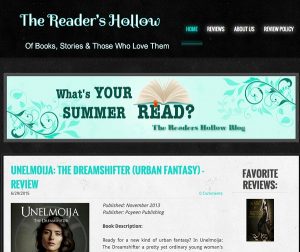 There was some originality in the Weeia. You could tell that the author put a lot of time in research and utilized her imagination to make this species of super humans as solid as possible. There were a few holes and questions that I felt could have been smoothed out but all in all, she did a fabulous job.

Amy is a bit too perfect at first. Then she starts to shift a little. It’s not that she goes all evil, it was just certain small traits that a selfless, kind-hearted person doesn’t always experience. Suddenly the murder of certain people is justifiable. Oooo, the plot thickens.

The writing at first felt forced, almost mechanical. It wasn’t until about half way through that I thought it relaxed. The long descriptions and Amy’s over-analysis of every person and situation begins to ebb and the story really began to unfold. There was some action at first, and a quaint mystery to keep the reader entertained when they weren’t learning more about the Weeia or Amy’s new sibling-like relationship with her Weeia-friend, Duncan. These two had a wonderful rapport. I found I their bantering to be fun and light-hearted.

The storyline seemed to waver a bit for me. Sometimes there was a smooth and certain focus and then strange events would happen out of the blue that didn’t always mesh with the original plot. It also felt like this wasn’t book one as we were thrust into the middle of a storyline with important backstory that affects the characters. I waited for a longer explanation on things like a kidnapping and Sara but this wasn’t for this book. No doubt it will be revealed later in the series as Elle Boca has several books!

The plot was a bit off at times and the main character had a tendency to ramble, but I thought the overall idea behind the Weeia was an interesting take. It’s kind of like that show “Heroes,” like season one and two-ish, when it was good.