An American Weeia in Paris 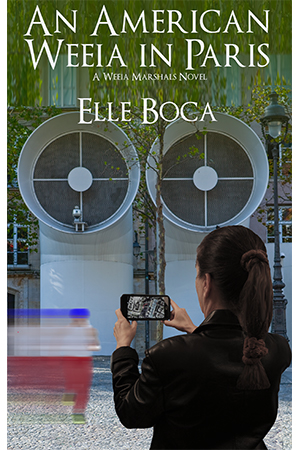 Parisians are delighted with the mysterious new superhero that has made the city safe from an out of control plague of robbers and criminals. The superhuman authorities, on the other hand, are non too happy because they suspect the superhero is one of their own, who is violating a prime directive, to keep their identity secret from humans. Danni, acting head of the Paris Weeia office, is tasked with apprehending the rogue superhero. Will she succeed before a well connected upstart beats her to the goal and steals her job?

Find it on Goodreads

What others are saying

Another impressively entertaining, deftly crafted, and unreservedly recommended novel in author Elle Boca’s ‘Weeia Marshals’ superhero fantasy series, “An American Weeia in Paris” will prove to be an immediately and enduringly popular addition to community library Science Fiction & Fantasy Fiction collections. It should be noted for personal reading lists that “An American Weeia in Paris” is also readily available in a digital book format (Kindle, $5.99).

A fast paced original story with a Superhuman heroine. The plot is original, descriptive, with plenty of actions, suspense, thrills and danger. Danni is very likable, she is in a situation that would deter some, but not her. She is tough but caring, the perfect mix to get a job done. Overall I found An American Weeia in Paris very enjoyable and feel others will as well. I Also recommend the first three (books) in this fascinating series.

I got caught up in and read in one day.

In Elle Boca’s latest stand-alone book An American Weeia in Paris, the fourth entry in her The Weeia Marshals series, I was treated to a tale of mystery, suspense, surprise, intrigue, friendship, science fiction and urban fantasy all rolled into one so smoothly that I didn’t realize all of that until I started writing this review. There are at least five subplots going and all are clear, and I still didn’t think about there being that many until now. An American Weeia in Paris is simply put, a great read I got caught up in and read in one day. I could not put it down.

Elle Boca has created a world where Weeia and Humans can co-exist, with the help of Marshal Danni Metreaux and her friends. Weeia, who Humans don’t know exist, are people gifted with abilities and can cloak or mask themselves to the eyes of others, make people ‘like’ you or seem charming, or even teleport across an entire continent and ocean with a friend in tow. Some might say Weeia have superpowers, but don’t think costumes, superhero names, or robot armor. Think more like Charles Xavier, who appears as normal as anyone else but just happens to have an incredible ability he uses when among Humans only when necessary.

Ronovan Hester, author, Amber Wake: Gabriel Falling, is a reviewer and writer of History and of Romance.
See the original review and others on his website https://litworldinterviews.com/2020/05/07/ronovanwrites-bookreview-of-ellebocas-an-american-weeia-in-paris/

Danni is back, just as dedicated as ever and she is in for one tumultuous ride. From emotional highs to the stress of secrets kept, duty and her temporary position as head of the Paris marshal’s office, she is, as usual, on her own against the world…or is she?

I love this series! There is humor, a heroine who has the dedication to her job and the honor to do the right thing, no matter what obstacles are in her way, and trust me, there are many. A fun read that is refreshing, fast-paced and truly entertaining! Elle Boca has another gem of a read on her hands!

Dianne, reviewer and co-host of Tome Tender Book Blog
See the review on her website at http://tometender.blogspot.com/2020/04/an-american-weeia-in-paris-by-elle-boca.html

Action packed, this mystery has a beautiful backdrop of Paris that only enhances the story.

Elle Boca opens up the latest Weeia Marshals book with a bang and the action never stops!

Action packed, this mystery has a beautiful backdrop of Paris that only enhances the story. Descriptions of mouthwatering food, her new poodle, and the sights around Paris really make the reader feel at home in this world. Fantastic as always, I can’t wait for the next installment!

Smart, astute, unyielding at times and a force to be reckoned with

The issues of betrayal, deception, friendship and loyalty are just some of what author Elle Boca brings out as the tensions rise and the dangers increase.

The humorous highlights surround her problems dealing with this toy poodle, Ceri who belonged to her former direct report and who insisted she take him in. Ceri is smart and cunning making it hard for Danni to deal with her and the surprises she finds when she comes home.

Smart, astute, unyielding at times and a force to be reckoned with and of course let’s not forget Madame Marmotte who adds some color and zest to every scene that she’s in and her loyalty to Danni is unfounded. What’s next for her? Will she get the permanent position? Friendships are broken, others cemented, and trust and loyalty are at the heart of whether she will succeed. But what she does to make Sammy smile before the Walkers return home is priceless and amazing.

Author Elle Boca created a plot filled with suspense, intrigue and an ending you won’t expect as we learn more about An American Weeia in Paris, named DANNI!

I loved this book 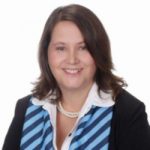 I loved this book, characters that made me believe in them and a story that kept me entertained. Even though it is part of a series, you would still be able to read this as a standalone, as the author gives enough background to enable the reader to follow the story and identify with the characters.

A joy to read

It was a joy to read this book, even if it does presuppose you have read the first three ones? This one is a real corker.
Watch out James, Paris is Danni’s turf now!

Fast paced and furious but this book touches on a lot of emotional issues as well, brace yourself.

This book introduces a totally unexpected aspect of Weeia existence that both benefits and broadens the Weeia experience considerably. Readers will like it and understand that it opens the possibility of better stories from future Weeia Marshal books. For that reason, coupled with the quality of the writing, I feel An American Weeia in Paris rates 4-Stars.

Her best work so far! 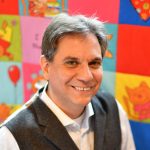 Relentless. That’s the best way to describe An American Weeia in Paris, the fourth book in Boca’s Paris Marshals series. From the explosive beginning to the shocking revelations and numerous story twists, Boca has written a story that somehow manages to cram everything from a terrorist attack to a fun-filled weekend in Paris into a book which rapidly expands her Weeia universe. Her best work so far! 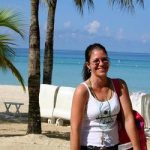 Marshall Danni is back in Elle Boca’s fourth installment of the Marshals’ series, and I love that Danni has stayed tough through loss and her own self-doubt that she isn’t good enough, as well as the evolution as she comes into her own, realizing her worth.

Boca continues to blend police procedural with the mystical, creating urban fantasy where magic can be both powerful and not the solution to problems.

While the power level of this novel (mystically and politically) is higher than that of previous volumes, it does fit Danni’s advancement and does build on matters from earlier books; thus, it does not feel an implausible escalation.

Overall, I enjoyed this novel. I recommend it to readers seeking urban fantasy that isn’t a retread of classic mythical creatures.

Dave Higgins, speculative fiction author
(see it and other reviews on his website at https://davidjhiggins.wordpress.com/2020/06/05/an-american-weeia-in-paris-by-elle-boca/)