“An imaginative tale,” reviewer says about In the Garden of Weeia

An Enjoyable YA Fantasy 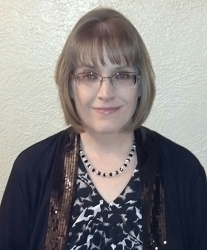 Ernie Satuan is a Weeia, which means he has superhuman abilities. In his case, those abilities pertain to technology and gadgets. Though he is smart, he is a bit too trusting. When he puts his faith in the wrong people, he finds himself punished for a crime he did not commit. He is sent to perform grub work at the Marshals’ Academy, which is similar to being sentenced to military service. Even there, his talents get him in trouble on more than one occasion. He sets about to try and outsmart measures to keep him out of the garden, which has caught his eye. Ernie soon finds himself in the midst of a tangled plot involving the marshals. Will his abilities help or hinder the situation?

This is a YA fantasy novella, which is a spinoff of Boca’s “Weeia” series. However, this book can easily be read and followed as a standalone, as it is the only one I have read at this time. Ernie is a rebellious but truly likable character. He has struggles with his past, which makes him identifiable. Overall, this is an imaginative tale which makes it a fun, quick read.

Leslie McKee, host, lmckeediting.com, makes her living as an editor and reviewer. She is a member of The Christian PEN, and part of the organization’s newsletter editorial staff. She has reviewed books since 2005, primarily for RT Bookreviews Magazine.