MM Jaye, a bilingual Greek native who pens contemporary romances, recently read Unelmoija: The Dreamshifter. With her permission, below is her five-star review. 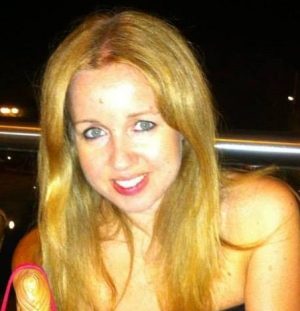 Amy is Weeia. As in belonging to a superhuman race with special abilities. Her upbringing by her single mother has been secluded and full of fear of discovery. She might not know exactly what her abilities are, but one thing she’s fully aware of is the need to remain inconspicuous and keep a low profile. But this doesn’t keep her mysterious, fear-inducing father from tracking her down, or Duncan, her supposed polar opposite, who nevertheless doesn’t repel her at all, to pop right in front of her. They both claim to put her safety before all else. But when she has to deal with an attempt against her life, Amy finds herself more alone than ever. It’s high time she explored those dreamshifting abilities and found out why that old psychic called her Unelmoija, seemingly in awe.

What I particularly appreciated in this book was the very fact I found myself having trouble dealing with in the beginning. The writing. At first, I felt the writing was procedural (or expository if you prefer those terms) but soon I realized that the more Amy grew into her own skin and saw more of the world than her own shadow, the language became richer, more layered, more descriptive; it evolved right along with its main character. I found that ingenious. The story is well-paced, the friendship between Amy and Duncan sweet, but my favorite aspect was the reluctant relationship between Amy and her father whose role in the story is still somewhat of a puzzle.

I loved hopping around Miami through the eyes of Elle Boca. What I felt more vividly than the images were the tantalizing smells. In fact this book should come with a warning: do not read if you’re to go on a diet. Boy, do those people eat…

A fumbling teen who taps into uncharted strengths for survival, her broken family tensions, a superb race’s intricate politics, escalating suspense and lots of southeast Florida. All in all, Dreamshifter is an excellent debut urban fantasy, and I will definitely read its sequel, Mindshifter, to see Amy coming to grips with her reality.