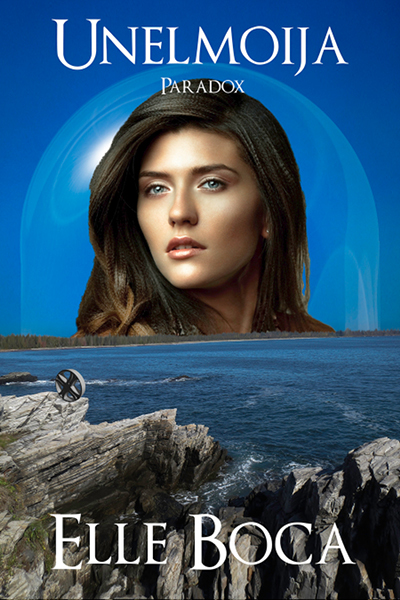 Enter to win a copy of Unelmoija: Paradox, book five of the Miami urban fantasy series: 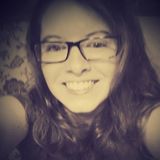 “Unelmoija: The Mindshifter is definitely a must read,” reviewer says

Elle Boca’s novels get better and better with each new print. I was highly intrigued after the first novel and now even more so. Unelmoija: The Mindshifter is the most suspensful of her series yet.

So much at stake and so little time. Amy and her friends go out for fun only to have bad things happens. One of them is taken and may disappear forever unless they find her quickly. With two left of the fun trio, time is running out and they must act fast. But now, Amy may have done the unthinkable. Using her powers in front of those who she shouldn’t have. This may cause more trouble and delay in rescuing her friend. Can they rescue their friend before it’s too late or will they loose her forever?

I love suspense and a novel packed with action. There’s enough action and dialogue that will keep readers turning the pages. Fast-paced, well-developed, and a stunning new read that will draw in readers from everywhere. I enjoyed reading this new story by Elle Boca and look forward to reading her next one. Overall, I highly recommend this to all. Unelmoija: The Mindshifter is definitely a must read.

“Unelmoija: The Dreamshifter is the most unique fantasy I have ever read,” says reviewer

Unelmoija: The Dreamshifter is the most unique fantasy I have ever read. Readers beware, this novel will lure you in like a moth to a flame. Elle Boca has masterfully woven a beautiful tale that will take readers on a rollcoaster ride of life time.

Intriguing, mystifying and the most exciting novel yet. Unelmoija: The Dreamshfiter will captive readers everywhere. The main female character, Amy, will bring readers deep into her special power of dreamshifting. A unique power that she posseses and one that makes her belong to a special group of people. Yet despite her recent findings danger, is close by and she must learn to face it. With her father and a trusted man to help her, Amy will learn what she’s up against.

Elle Boca’s novel is the first in this intoxicating new series. I can’t wait to read the novels after this one. Interesting characters that can do extraordinary things and as in real life, danger is always nearby unexpected. I highly recommend this story to readers everywhere. I loved reading. 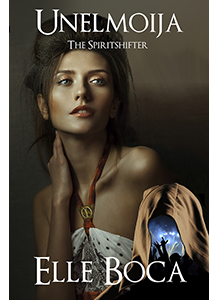 “I recommend to anyone who likes paranormal, mystery, and urban fantasy,” reader says about Spiritshifter

I read the first two books in this series a couple months back one right after the other. I liked them a lot, but had to take a break from reading and reviewing because of my own personal stuff. I still had a few books on the back burner when I had time to review and this was one of them! I should not have waited to read this one because I liked it more then the first two. It was a lot of light hearted and fun. I enjoyed the fact that the story focused on Amy and Duncan’s relationship more while still maintaining a good mystery plot. Also this book is not as dark as the first two, honestly the second one was really dark, which I enjoyed because you got more from the personable characters. You will still feel suspense while read this book and the pages will fly by when you read it. I recommend to anyone who likes paranormal, mystery, and urban fantasy. This is a great read!

“The characters are well developed and very likable,” reader says of Mindshifter

It’s been a few months since I read the first book in this series and once I started reading it everything began coming back to me. This is such a unique and enjoyable series that anyone that loves a good fantasy read will enjoy. The characters are well developed and very likable, with a magical twist to them.

Amy is apart of a secret magical community called the weeia. When she goes on a girls vacation with her friends Krissa and Lily things don’t exactly go as planned. When Lily doesn’t return to their hotel after a night at the club it’s up to Amy and Krissa to figure out what happened to her. They find help in an unexpected person and commence to retrieve Lily and a cargo ship full of other women from being sold as “slavers.”  Will Amy be able to get Lily without getting caught herself?

I liked how this book went to a dark place that most people don’t like to think about, sex slavery. It’s not something that is usually in books so it was cool to see it in this but done in a tasteful way. So it wasn’t too intense to read about because things didn’t go into detail. Kat’s story was dark but it wasn’t too much for me to read, I didn’t feel uncomfortable while reading it which is always a good thing.

I wished there was more Duncan, he was one of my favorite characters in the first book. And Duncan and Amy are too freaking adorable together. I wanted him to be a bigger part of this book but he wasn’t even mentioned until over halfway through. I got worried for a second that he wasn’t going to be in this at all but thankfully he got his part. Amy is a great protagonist, she’s brave, witty, and will do anything for those she cares about. Everything you want in a hero you get in her which is nice to see.

I thought Krissa was a weird character. She gets her ability suddenly out of no where and then while on a wild goose chase to get her friend, she wants food. Really? You’re trying to find your friend that you think could be being sold into sex slavery and you stop for a huge bbq dinner. I know with the abilities they have to eat more it just seemed weird that they wouldn’t have gone through a drive-thru instead of sitting down to eat. I don’t know, I just thought that was an odd scene.

“Hang on to your hats, your heart and your wits,” reviewer says of Paradox

We’ve all heard it; the ripple effect of one small event can change the path of history and the future. Leave it to Amy to test the theory of a paradox in time, all in the hopes of discovering hidden truths in the past that could possibly end the battle between two mortal enemies. Unelmoija: Paradox by Elle Boca is a rapid-fire, action-packed time traveling adventure as Amy attempts to unravel secrets from the past that have been kept from people she loves. Will the knowledge she searches for make a difference in the events of the present and future? Could one emotional action in the past cause a paradox in time, warping every second from that time on?

Still learning to master her seemingly never-ending new sets of powers, she and Kat now have their grandparents watching over them. With the old knowledge shared by her powerful grandmother, her lessons are intense, and urgent. Never has time been such an unknown factor, never has racing against and beating the clock been so imperative. With Vlad and his father Klaus once again planning and plotting, humanity is in immediate danger, as is a lifelong enemy, weakened and an easy target for revenge. If ever her powers were needed, it’s now and Amy will stop at nothing to save the world.

Hang on to your hats, your heart and your wits as Elle Boca brings it all home without missing a beat! Prepare yourself to be shocked, to be caught off guard, and go on a journey of a lifetime as the past, present and future come crashing into each other with the force of a tsunami. Not everyone will walk away, no one will be left unscathed and Amy’s life will never be the same.

Fabulous characters, all coming to life under Ms. Boca’s fertile imagination and her ability to create dialogue that feels and sounds real. Amazing action, gut clenching emotional scenes and that perfect touch of romantic heat all blend together for another powerful tale from Elle Boca.