“One of the best depictions of Paris I have seen,” award winning fantasy author says of Gypsies, Tramps and Weeia 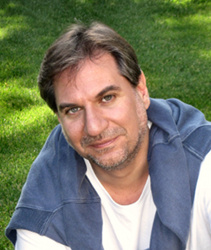 When Boca finished her Unlemoija series, I wondered what direction she’d take next. Her Marshal series was a pleasant surprise. It continues building on her imaginative Weeia world, in a way that makes perfect sense. The story continuity alone is impressive, but Boca also manages to throw in a remarkable new heroine. One who’s only too human, despite being a Weeia – and one that emerges all the stronger because of it. From her filthy tobacco-chewing to her occasionally irrational behavior, Danni is a down-to-earth character. A flawed hero who is shaped by her struggles; quite unlike the almost-perfect Unelmoija. That alone makes it easy for readers to identify with.

To me, that was the greatest strength of Gypsies, Tramps and Weeia, and I find Boca’s choice of her new heroine to be bold and exciting. If you throw in one of the best depictions of Paris I have seen in a while – warts and all – this is a fresh YA urban fantasy that fans of the genre shouldn’t miss. Can’t wait to see where Boca brings Danni next.