“The lively little story kept me well entertained,” author says about In the Garden of Weeia 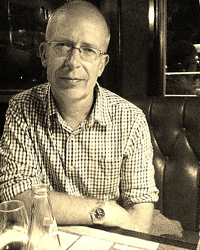 This is a light weight novella, which I think is aimed primarily at secondary school level. That doesn’t mean that adults that enjoy Hogwarts and Narnia won’t enjoy reading about Weeia. The lively little story kept me well entertained, though this sort of fantasy is no longer exactly my thing. I would have been a very enthusiastic reader it my early teens.

There is certainly some originality in Boca’s characters and at least in this book their superpowers are kept almost in the bounds of the possible. That was perhaps why Boca suggested that if I really was going to get off my backside to buy and read any of her already well reviewed books I might be best starting with this one. By the end, I was left wanting to know a great deal more about the only stone-cold character. Perhaps in a next in series the minerals of that magnetic personality softens. We seem to be in an almost contemporary fantasy world, as is Harry Potter, Ernie could pop around to see you the reader. However, Boca has developed her own mythology to weave her stories into rather than merely reinterpreting well-worn fantasy ‘lore’.

The book is well enough written, into a quickly paced short read. There are editing errors, as there nearly always are, but not enough to agitate even my glacially slow reading rhythm, which is inclined to pause on every other word. What a relief to find a real series that isn’t fixated on the ‘undead’ of some sort or other.

I won’t ever be in the Boca fan club, but I do like her parallel race idea, which though certainly not original is developed in an original way. For some strange reason I was reminder of a 1968 TV series about ‘humans’ given superpowers: The Champions. Um- there is no real connection to Boca’s urban fantasy- unless the Champions were helped from their crashing plane by Unelmoija (Dreamer). Except that perhaps there is, because both that half-forgotten TV series and this book worked by keeping a close contact with real, every day, life. It is the very ordinariness of the characters that make some fantasies work.